In the rainy morning we visiting the Jesus mission. This mission was never completed before the Jesuits were kicked out of the country in 1767. You can see how the main temple was being built from the ground up. Many of the wall decorations were not in place yet and the pulpit was also without decoration.
Ps. Since we arrived back in November, we had so much more rain than in the entire four months of our last time here. 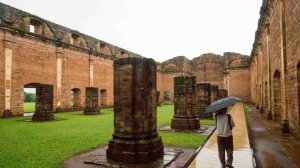 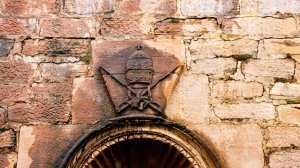 The road north to the border town of Ciudad del Este is over rolling hills through soybean plantations. The many villages along the way looked well maintained. You had to watch out for the speed bumps (lots of them) but they are well indicated. After an hour driving, the camper suddenly could not climb the hills anymore. Switching on and off the car (i.e. resetting the computer) did not bring the power back. At one downhill sloop I revved up the engine by going to a lower gear. This seemed to blow out the restriction in the turbo air supply and we drove on to a petrol station for a lunch stop and web update. Upon restarting the car, the turbopower was gone again. We limped the next 100 km to the city and camped at another petrol station. Using the ioverlander garage info, we drove all over town, first in Paraguay then in Brazil trying to find and solve our problem. Over the next 7 days we were busy getting the turbocharger repaired. (For details see the addition to the Passepartout blog).

The camper ended up at the VW garage in Foz do Iguaçu, Brazil and we stayed in various hotels in the town centre. The city is modern with tree lined shopping streets and a large amount of good tourist hotels at reasonable prices (45 / 55 Euro per night). While waiting for the camper to be fixed, we took a bus tour to the second largest electrical power dam in the world (Itaipu dam). The dimensions are so big that you almost do not notice it anymore without a size reference. We took the engineering tour which showed us the inside of the dam where the turbines are located. Each of the 20 turbines can generate 0,8 Gigawatt, enough for 17 % of Brazils and 75% of Paraguay’s needs. Two of the 10 m diameter inlet pipes handle as much water as the whole Iguaçu falls! 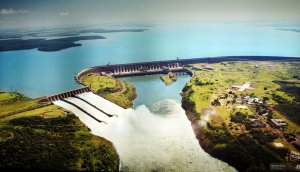 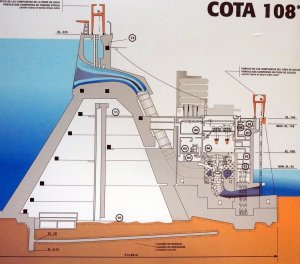 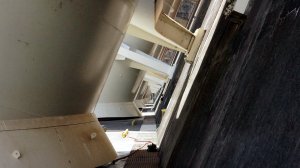 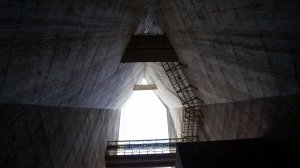 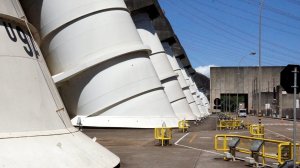 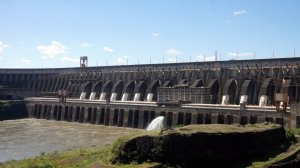 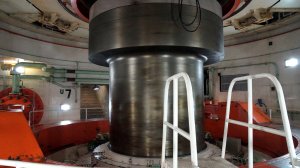 The next day we were on a tour to the Bird Park and the Iguazu Waterfalls on the Bazil side of the river. In the bird park we could finely see some of the birds more close up than we could in the wild. Of course it is less spectacular-adventures and we still hope to see some of these in their native environment when crossing Brazil into Peru. 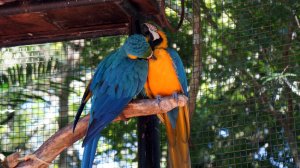 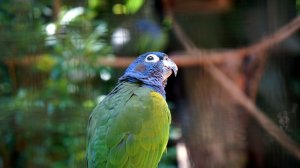 The park is built in the native jungle. The smells are like in the Brunei jungle and brings back memories of that time. Additional parasite plants have been planted on fallen trees which make it more colourful than an untouched jungle. 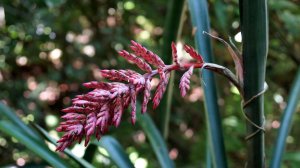 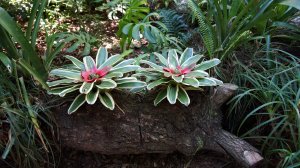 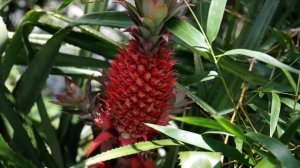 From the Bird Park, it was a short walk to the Iguacu park. Buses take you through the large jungle park along the river to the falls. The river and falls are on the border between Brazil and Argentina. We hope to visit the other side when the camper is repaired. This is the largest waterfall complex in the world and formed the background for the movie The Mission (Robert de Niro) which dramatically portraits the expulsion of the Jesuits in this area in 1750. There are a large amounts of individual waterfalls along the way to the major fall Garganta del Diablo. A walkway was built in the river so you could get up close to the falls. Since it was a warm and humid day, the water spray was welcoming. 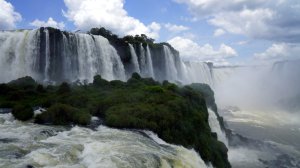 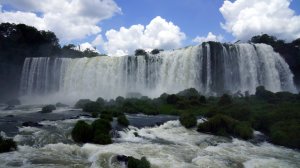 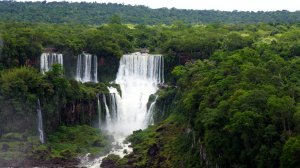 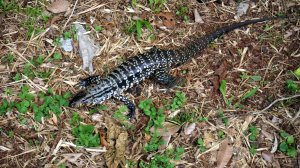 Till now we have crossed three borders. From Argentina into Uruguay. Border crossing at Gualeguaychu to Uruguay was quite straightforward. Drive through passport stamp (stamp in and out in one booth) and get car import paper (TIP) in the building. No camper inspection at all. Uruguay back into Argentina was via Paysanda border crossing. Again another hassle free crossing. From Argentina into Paraguay (in Posadas) was slightly different. Because Paraguay is a shopping paradise for Argentinians, (it remind Jamaliah of Bruneian crossing over to Miri for the weekend), it was packed with people crossing over. Long queue of cars but as this is an normal occurrence, it runs very smoothly. Looking at the long queue we thought it might taak us a while but in actual fact it took us just over an hour to cross. From Paraguay into Brazil was again another chaos. There is no sign what to do. Lots of people crossing over either by foot, motorcycles and cars. Rudy decided to park the camper after crossing into Brazil and went into a big building searching for how to get our passport stamped and car import papers. Somehow the Brazilian custom computer couldn’t find  the country Nederland, where our camper comes from (took more than 30mins). Finally found it under Paises Bas (Holland). Once this is solved, it was a matter of going from one counter to another to get the usual stamp and approval before we can leave. Again no inspection inside the camper.