Although it was the second time, the drive out of town was still an experience with cars unexpectedly slipping in front of you and pushing you to the side or squeezing you from both sides. We made it safely to the turnoff to Palmyra and drove the 220 km without problems. Half way we stopped at the Bagdad Café 66, which is a nice stop over place that got so popular that there are now 3 identical desert inn’s close together all with the same name (but with different number).

In Palmyra we straight away drove to the recommended Zenoubia Hotel, which has now been upgraded to a palace together with bigger /more rooms and higher prices. The advantage of the hotel is that it is next to the roman ruins. The old Roman desert city is very impressive. It was encircled by a wall and had several main streets lined with columns. These have partly been dug up and restored. In some area’s it is clear that the ruins have been inhabited by the local population at one point because house remains could be seen on the street lanes. I don’t think they were recent, but may have been built after the last earthquake in 1089. Several of the ruined cities we visited on this trip have come to an end due to an earthquake (Petra, Jerash). Maybe the frequency and magnitude of the quakes were higher in the past. The area is green. It is an old oasis which gets its water from springs. The area is, at 400 m, quite a bit lower than its surroundings (800+). In fact just outside of town there is a sabkha, which regularly still turns into a lake. The Hotel we are staying in is built on top of the ruins within the old city walls. From where I am sitting on the terrace I can see the columns light up in the dark. Jamaliah and I spent a nice few hours wandering through the ruins. At 18:00 we picked up the boy’s and drove up to the Arabic Castle which has a commanding view of the ruins and a beautiful sunset. We are now expected to get up at sunrise and visit the ruins again. I am not sure if we will make it (Jamaliah is definitely not a morning person, so the idea of waking up to watch the sunrise is a rarity). 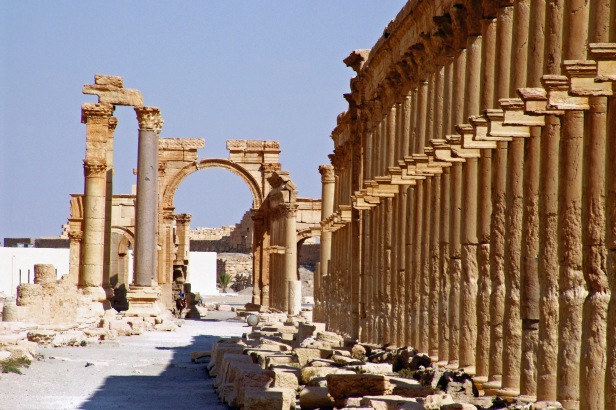 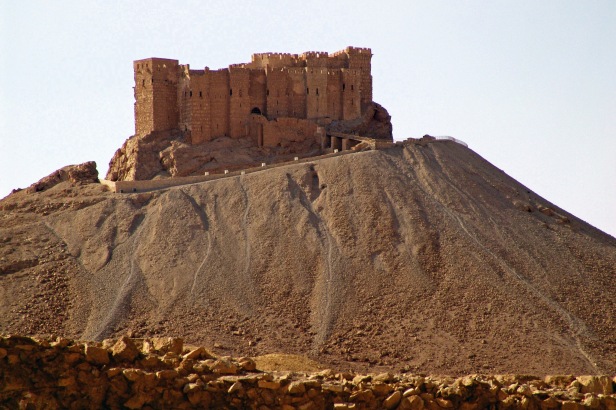 P/S: as the hotel has no internet connection this update will reach you hopefully from Hama, our next destination.