These are long driving days. From one lake to another. Because it was weekend and we were on the lookout we only got stopped once by a policeman at a roadblock. Since we did not do anything wrong he straight away asked for a souvenirs. We offered our Holland card but that was not what he meant! The roads in general were covered with tarmac and actually not too bad. Because you could not rely on it, that there were no potholes, the speed had to be kept at around 70 km.

In the morning of the first day we drove east in-between the 2 lakes of Arshay but could not continue because the road stopped in the swamp. We had to backtrack and drive around the lakes towards the north. It was a beautiful drive through the swampy nature reserves with pelicans, aalsgolvers and other birds. At the end of the day we found a beautify campsite at a small lake in between granite hills. It took a long drive (422 km) to get there. 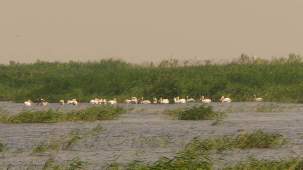 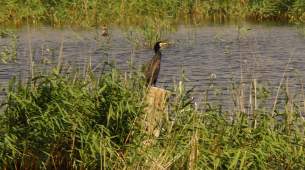 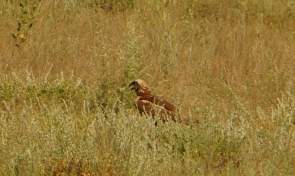