Jamaliah slept so good that she had more trouble than usual getting up. Rudy in the mean time had a swim and wash in the lake. The daily tourist had not arrived yet so we had the lake for ourselves in the night and morning

The road to Gorno-Altaysk was very good. The upgrade was still ongoing At one point we had to slow down because of the split flying around. The car on the other side propelled a large stone in our direction which cracked our front window screen. Gr…. In town we asked around and somebody brought us to the local Car-Glass guy. After some waiting (= visit the local museum Good but all in Russian) he fixed the expanding crack. Let’s hope it does not grow any further. 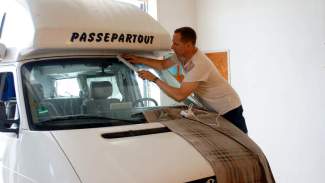 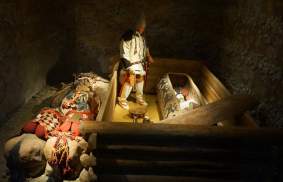 The rest of the drive to this Altai baby Baikal called Lake Teletkoe went smooth. Along the way we were able to buy a new funnel for filling the water tank and also a new strap/spanband for the cargo box at the back. The road was over rolling forested hills with 2 passes of 600 and 500 m. At the end the river was very wide and fast flowing before it empties into the lake. It was an overcast day and it was drizzling when we parked on a wide grass field on to lake shore. There were more campers there (local and foreign). One of them was a German couple in a Unimog 4×4 on their way back from Mongolia. Their stories made me accept that we are doing the right thing and not driving from west to east through Mongolia. Good chance of flooding and getting seriously stuck. 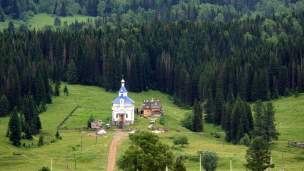 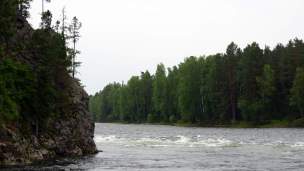 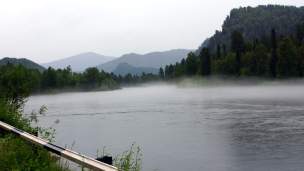 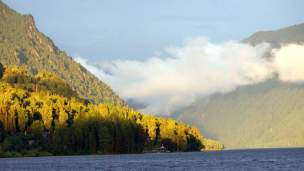 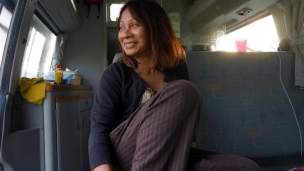 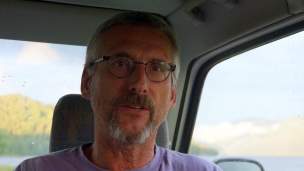 p/s: Being Dutch I have to at least mention the weather on the duration of our trip. So far we had cold weather (early in our trip in Russia), snowing in Tash Rabat, Kyrgyzstan and very warm (around 30+ degree) in mostly Uzbekistan and Kazakhstan. But today we were driving in the rain and I have never been so glad to see it. I miss the rain. It feels like being back in Holland. And it also drops the temperature to an acceptable 15+ degree. Very pleasant. I think the lower temperatures are also due to the fact that the wind now comes from the North i.e. Siberia.