We have been travelling now for 18 days and are on our 5th country. Through the first 4, language was not such a problem as Arabic is their main language (with our limited Arabic we managed to convey what we need/want). Here in Turkey it is a bit more difficult since we don’t speak any Turkish or Kurdish (eastern part) and very few of them speak English (at least in this eastern part of Turkey). We also have to keep adjusting to the different currency. Saudi uses Saudi Rial, Jordan’s Dinar, Syria’s Syrian Pounds and Turkey’s lira. It’s a tiring but interesting process.

Today after breakfast (real bread, butter and jam), bags all packed in the car, we left the hotel on foot to first visit the site where some believe Abraham was born in a cave near where the mosque is now stands. It was a very warm day today. Temperature is 43 degree outside. Because of this, we decided not to visit the castle remains on top of the hill. Instead we went in and around the mosque and then into the souk area. 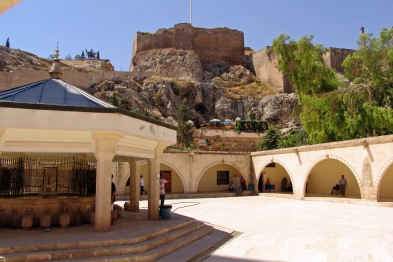 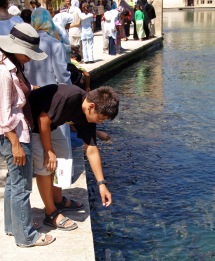 Leaving Sanliurfa, we drove north to Kahta. Along the way we stopped at Pirin to see the Haydaran rock tombs dug out of the rocks; 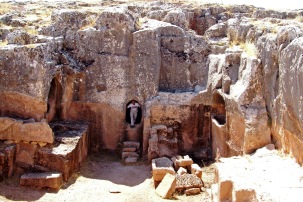 and at Karakus to see a nine meter high pillar dating from the 1st century with an eagle on top. This was in fact the burial mound for the wives of King Antiochos whose grave was visible on the horizon on top of Mount Nemrud.

The last stop of the day was at Mount Nemrud National Park. At 2,150m the weather is fantastic, which make the walk up the mountain to visit the gigantic funerary sanctuary erected by King Antiochus I of Commagene, quite pleasant. 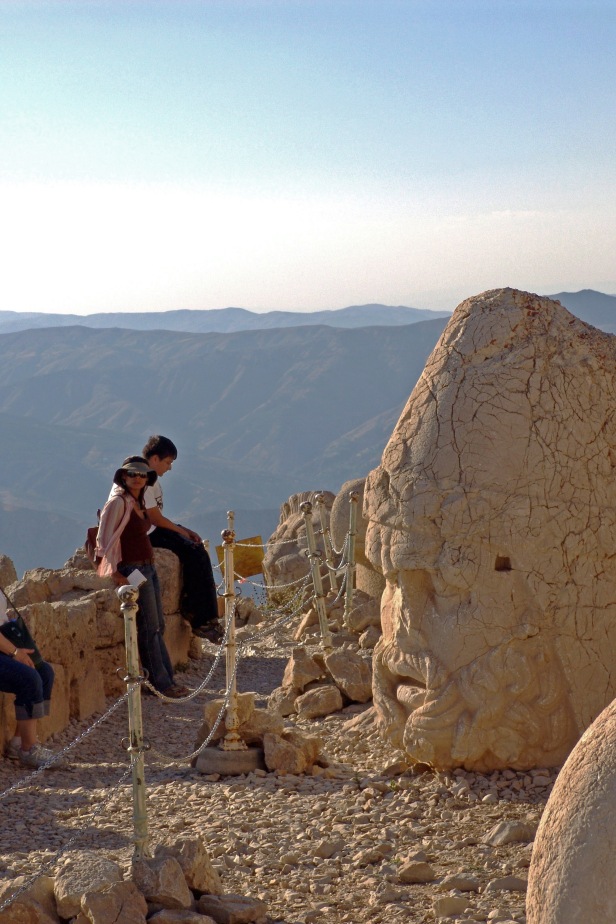 At Karakus we met a Dutch family with 2 boys who are also on holiday. Somehow we ended up together at this hotel. It was good for the kids to meet other children and they had a great time together playing the gameboy. At the hotel was also a Dutch archeologist so before and after dinner we all exchanged stories of sites we had visited or shared thought on what it all meant. It was a very pleasant and relaxing evening in the cool breeze and with several cool beers. In the evening and morning we had a lovely swim in the cool pool before breakfast.