All along these trips we have been awaken by the sound of morning prayers but today we woke up to an unusual sound. Heavy downpour of rain. But being the tough cookies that we are, this doesn’t stop us from exploring the town anyway. With an umbrella each we walked for about 2 hours in the rain (sometimes heavy) checking out the old part of town. Part of it is built on a granite rock. The houses are all on narrow cobbled streets leading up to the top where there are ruins of a fortification. Efforts are being made to restore these houses. There are also several old churches which we visited. They are all full of colorful wall paintings and gilded icons. Picture taking was of course not allowed. After some searching we found the Roman theatre which was appropriately connected to the dance and drama school. Going downhill again we tried to find the remains of the old Roman forum which was hidden away between the buildings and was overgrown with plants/bushes. 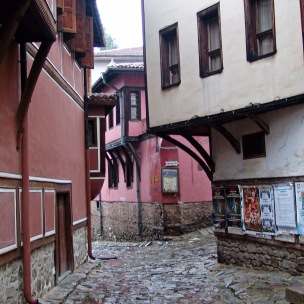 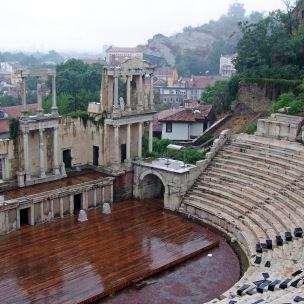 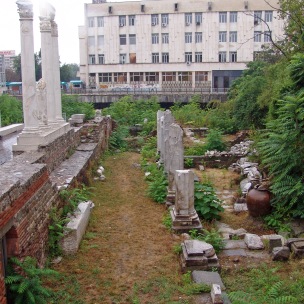 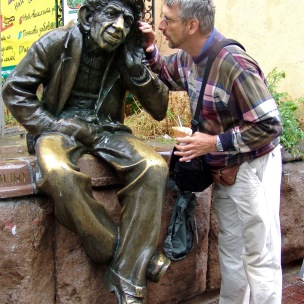 They are renovating the city in several places but still have a way to go. We left the hotel at noon. Finding the motorway was not a problem but getting on it was. So we found ourselves driving the motor way in the wrong direction towards Sofia. We managed to turn around illegally (when the divider barrier stopped) and headed back in the direction to Ruse. As it was raining heavily, we missed the turn off to Ruse and found out that we are again on the way back to Sofia. We decided to break for lunch and the direction we were given to Ruse was via the mountain (twisting) road. Because this road took us above the clouds (1200 m), we did not have much rain but unfortunately it was a very busy road. We spent the rest of the 5 ½ hrs driving behind trucks and other slow moving vehicles up and down the hills towards the Danube valley and on to the border town with Romania: Ruse. Once down the main road we encountered heavy rain again, so no effort was made to stop at one of the many monasteries we passed. The landscape is attractive i.e. large fields of wheat and sunflowers. The wheat was harvested. The sunflowers were drying out (up till yesterday). Today we did not see any horse drawn wagons like yesterday. They must be more sensible than going out in such weather. 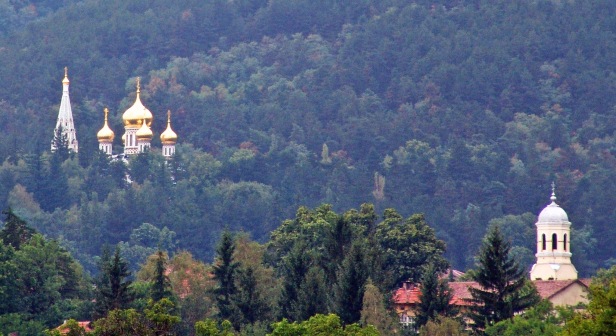