I had placed an ad at several camper fora to find travel companions. Some individuals reacted, but it did not work out. Jeroen, from Camperreis.nl, pointed me towards the trips his group organizes to different exotic places in Eurasia. They were planning a trip to Magadan (East Siberia) and back for 2014. The concept of the organization, self reliance, was what I was looking for. The trip itself at 204 days and departing in March did not quite fit the plans. We were invited to come to the information day in Goeree Overflakkee in September to hear more about the plans and meet the participants. There were some 17 campers present. They varied from powerful 4 WD’s to large motor homes with in-between different sizes bus campers. Despite his large new tires Passepartout was definitely on the small side. In general most couples/singles were retiree’s. But then we are heading in the same direction! Most were going first on a trip to Morocco and not everybody was doing the full 200+ day Siberia trip. it is therefore not clear yet to us who is all making the full trip. At least 3 4×4, 2 motor homes and an unknown number of bus campers. We will know before the end of the year when visa request will have to be made. Update: it looks like the trip will be made with 7-8 campers. 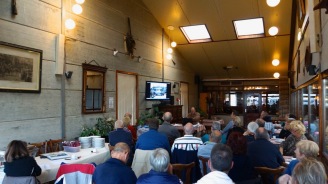 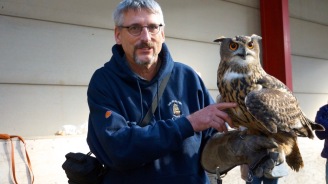 As a result of this meeting Jamaliah has now more confidence to make the trip. She will most likely fly back from Vladivostok (day 123, 17/8/2014), while I drive back via Magadan with the remaining campers (86 days, 9/10/2014). What tilted the scale was not only the presence of a great variety of experienced travelers, but also the option to depart later (21/4/2014) and catch up with the group near Volvograd (Russia). Now the more detailed planning can begin!