We already have travelled quite a bit to the east so the sun comes up early. Before 8 Rudy was up and about and around 10 we were ready to go up the sloop again into the old town. The historical city museum on the old town square was closed except for a film about city life before the war followed by the destruction. The Royal Castle museum further up the road was open and we enjoyed the views of the beautifully restored King apartments (1740). The large rooms were also used for many governmental events in the past such as the acceptance of the first constitution in 1791. The rest of the day was spent strolling up and down the “Royal Way” with its churches and palaces as well as a visit to the Stalinist palace of culture and science and for Jamaliah a shopping mall. The 9 hrs stroll did takes its toll on the feet and ankles and we were glad to be back in the camper. 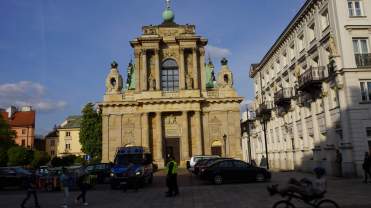 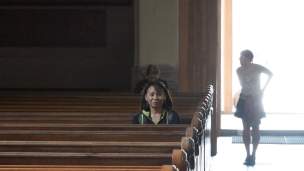 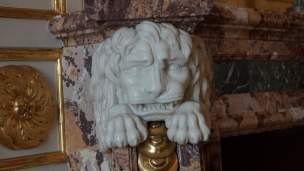