We tried to leave the valley at a different point but were turned back by the army. They had a trainings camp further down the valley. 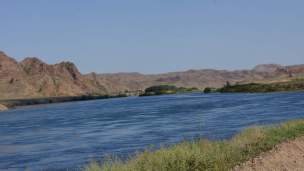 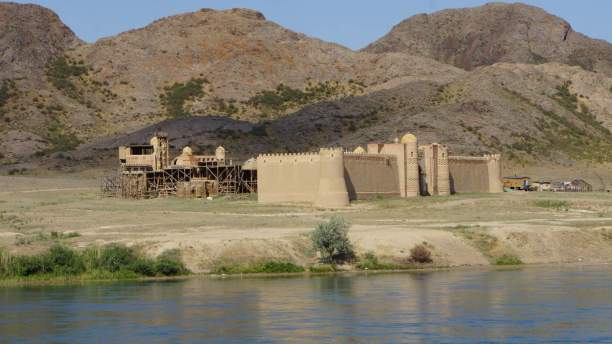 The next stop was going to be Altyn-Emel National Park along the north side of the Qapshaghay lake. After some 20 km of very bumpy dirt road we reached the south entrance. The gate was locked with a padlock so we waited to be let in and pay the fees. Unfortunately we did not have a permit from the Almathy office nor from the main gate and were turned back. It was a pity that we did not know this beforehand. We drove back to the main road with the intention of entering the park from the north side. The main road was however under construction and by the time we got out of the construction area (and survived 2 speeding stops), we realised that the entrance was still much further around the mountain so we gave up on the “singing sand dunes”. Instead we started the journey north towards the lakes in the Kazakh’s Altai mountains near the Chinese and Russian borders. We had a waypoint of a waterfall and decided to drive in that direction. We were not expecting to reach it (the last stretch is walking along a stream), but at least it took us off the main road so we could find a secluded camping spot under the trees bordering a field.