Rudy has been having problem with his big left toe for few days now. The ibuprofen helps a bit but it is still swollen and hurting. Walking has reduced to limping. Fortunately this does not hamper driving the car. There were several sites in Karakorum to be visited. First stop was the new and well laid out Karakorum National Museum. This town was the site where Genghis Khan and his sons made their capital before his grandson moved it to Beijing. Not that anything is left from old Karakorum because the stones were used to build the outer walls with 108 stuppa’s of the Erdene Zuu Khiid monastery next to it. This is a large enclosed grass field with some 5 temples. In one of them the monks are offering their praying services to the devotee’s. While waiting for customers some of the younger monks play games on their iPhone. We also visited the other small sites around town (2 turtle stones and a phallic rock) before heading North over the tarmac road to the Kul-Tegini Monument (= museum) where the old Turkic capital was (around 700 BC). 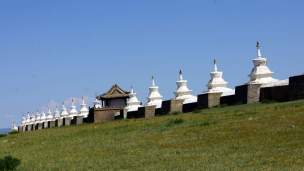 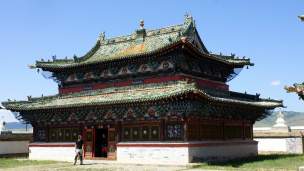 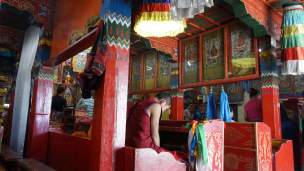 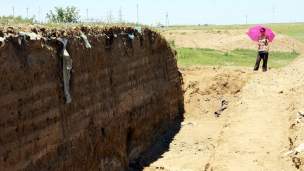 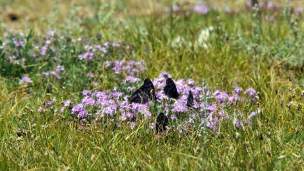 The road leading to this site was paved by the Turkish government (45km). After some discussion Jamaliah suggested to drive further north to Lake Ogii-Nur. The tarmac road was expected to continue till there but after 8 km it stopped. The rest of the 28 or so km’s was a winding dirt road through grassy hills. Exactly what Rudy expected Mongolia to be. The difference was that the road was busy with families also driving to the lake. When we got there we saw groups of cars/tents sprinkled all along the lake shore. We found a spot, set up camp and both had a lovely swim/wash in the warm lake water.