On the 23rd we drove on to Nizhny Novgorod and further in the direction of Vladimir (481 km). The roads are good. Sometimes even 4 lanes. We are coming closer to Moscow which also means that there is a lot more traffic, especially trucks. In Novgorod there is again a Kremlin (1500) at the junction of Oka and Volga rivers surrounded by a large high brick wall with 13 towers. The inside is less interesting than the Kazan Kremlin since most buildings are large government offices. They do have a pleasant museum of local art. Starting with 11th century icons and moving up via 17th and 18th century portraits and landscapes to 18th and 20th century impressionists. 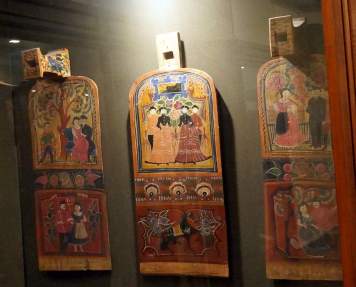 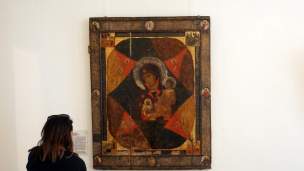 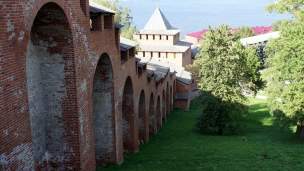 A welcome change to all the historical stuff. On the way to Vladimir we found again a camp spot on a small side road of the M7.