There was only some 184 km left to Kazan. The capital of the Muslim state of Tatarstan has a lovely Kremlin on the Kazanka riverbank. In it, it shelters a large new mosque (2005) and an older Cathedral built over the destroyed mosque when the city fell to Ivan the Terrible in 1552 as well has several museums and government buildings. The Kremlin as well as the surrounding buildings are all restored. The new wealth of the city is expressed o.a. in the new marble Kul Sharif Mosque as well as the neo classical city hall and patrician apartment blocks next to it. We dropped in to the National Museum of the Republic of Tatarstan opposite the Kremlin and enjoyed the well setup exposition of the regional history in the form of artefacts and dioramas. 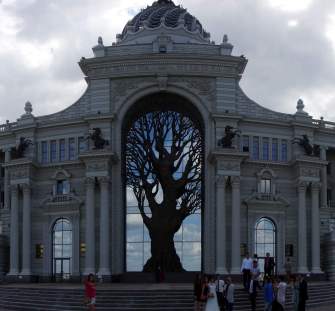 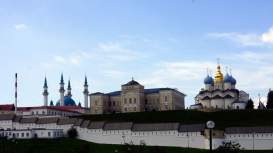 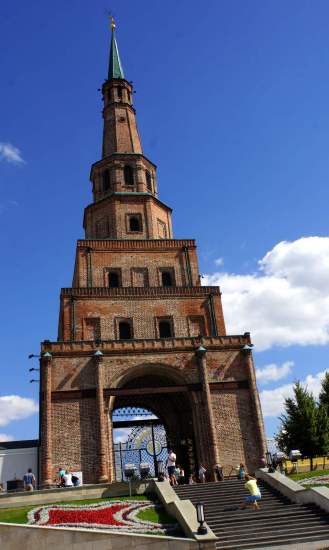 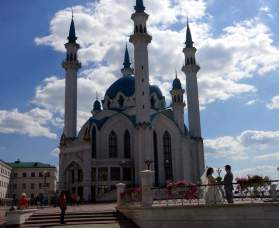 Our camp spot was in the wooded area just outside town. There must be a holiday camp nearby because there was lots of disco music and singing. Fortunately it did not disturb our sleep.