Once off the ferry in Picton we took the wrong turn and initially did not follow the coastal road. Via the Southerly route we caught up with the coastal road near Havelock and had some fine views into the sound below us. Further up the road we found a DOC campsite (Pelorus Bridge) in one of the few remaining patches of native forest where we made a forest walk towards some waterfalls with plenty of big trees. Along the way we spotted our first local flightless bird the Kiwa (?). 104 km. 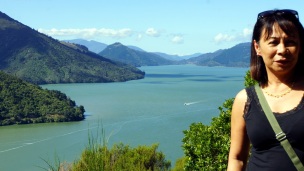 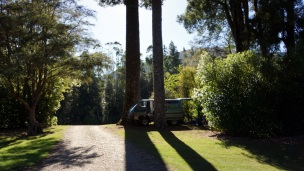 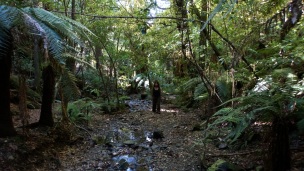 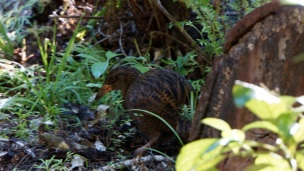 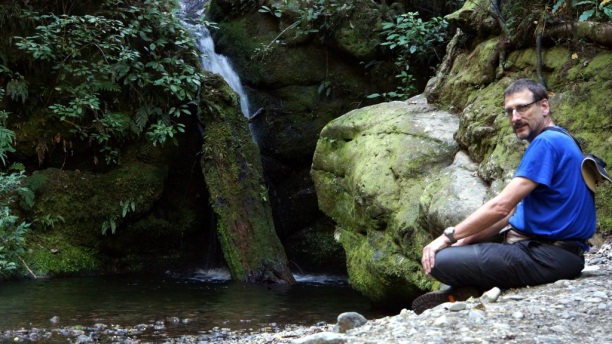 In Nelson we bought some netting (curtain material actually) for the camper and in the evening Jamaliah fixed it in front of the sliding window and the back doors. Maybe we can now leave the doors open without getting all the midgets in. Their bite is as bad as that of a mosquito. After Motueka we climbed up over a 800 m high mountain, past the Abel Tasman park, down to Takara. From there we followed the road further up North to the end of the island at the Farewell Spit. We wondered a bit around in the area and walked up to one of the light houses with a view of Cape Farewell, the most Northerly part of the South Island. The nearby campsite was an oasis in the green landscape (221 km). 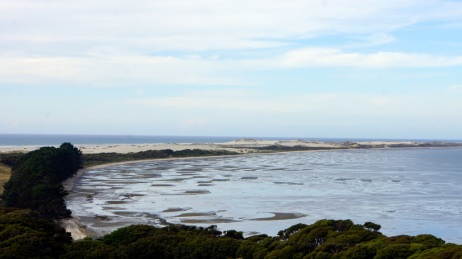 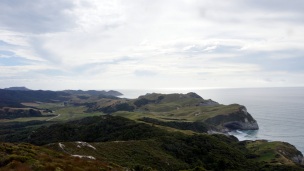 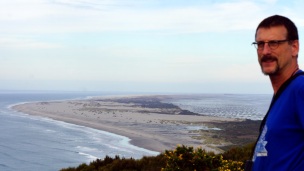 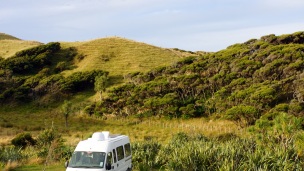 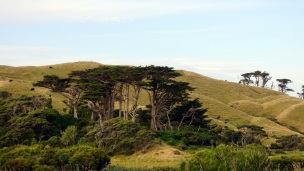 Only the first 4 km of the Farewell Spit are open to the public. Thereafter it is for organized eco tours. We started our walk along the inland beach on the South side early. There were no other walkers. The tide was low so we looked out over a dried beach like we have in the wadden zee. After the first turn back point we felt we had just started so we strolled further the full 4 km out. Then across through the dunes to the sea side of the spit and back (last kilometre through a working cattle/sheep farm). It was our longest walk to date (3 hrs). Tiring but satisfying. 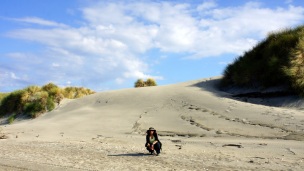 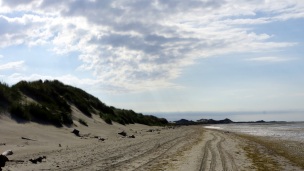 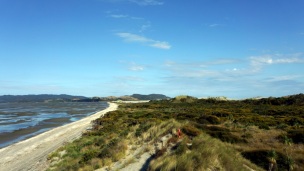 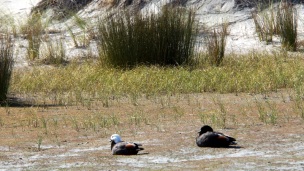 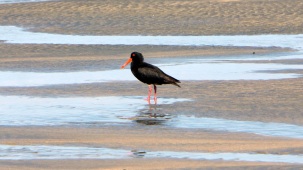 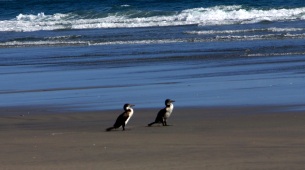 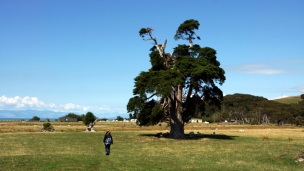 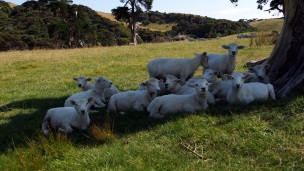 We drove back down around the Golden Bay again with a first stop at the Pupu spring were some 14 m3/sec comes welling up out of the ground. 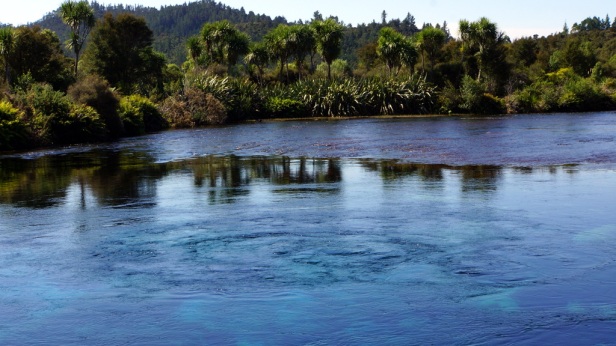 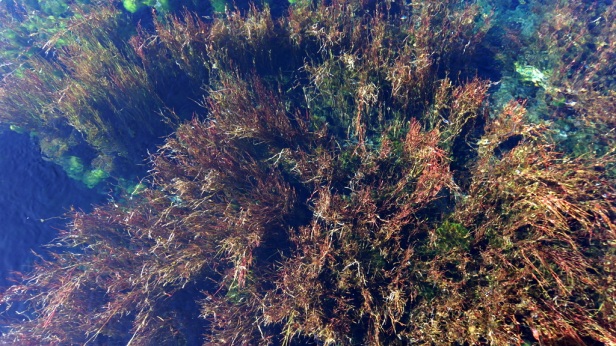 Thereafter driving on to the Abel Tasman National park (94 km, last 30+ km on a winding sand road over the mountain). Through a beautiful lane of 150 year old trees we came to a camp stop at Totaranui. The golden beach was tempting but I assume the sand fly’s were waiting. So no swim. 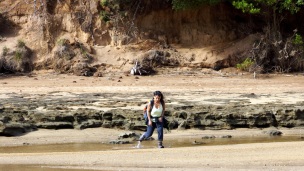 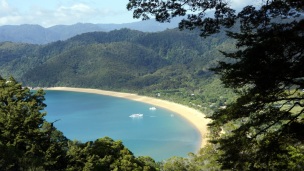 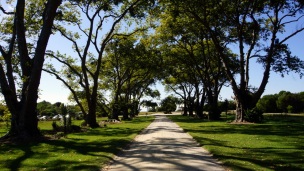 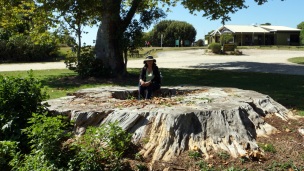 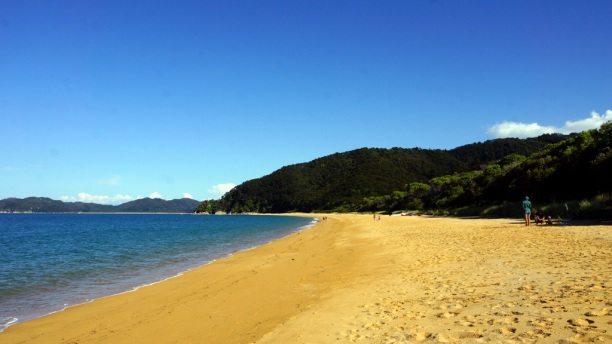 In the morning we made a short 1 hr walk up the headland nearby with a view of the bay and also some nice tree’s. Not as big as we were used to (spoiled). After that it was time to start heading South to the West coast. There is still a lot to see and time is flying by when you are having fun (and sunny, good weather). We crossed through the mountains and camped along the fast flowing Buller river in Murchison (225 km).