We crossed over the mountains at Haast pass. Before the pass the valley narrowed down to a gorge and the river a foaming torrent. (Did make a stop at the gorge to take some photos). The road down to Lake Wanaka was smooth driving with few turns. At the lake we camped at a DOC camp site at Boundary Creek (230 km). A great campsite on the shore of the lake. 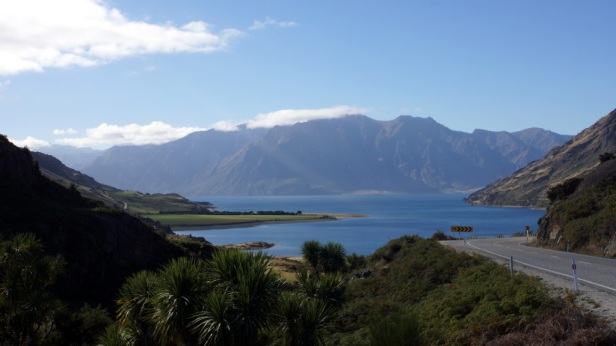 It Was a cold night last night and woke up to an even colder morning. As the camper has no thermometer we can’t tell how cold it was. I guess since we are now going south it will get much colder.

From the campsite we drove down to Wanaka, along the huge lake Wanaka and later lake Hawea. Stopped a couple of times to take the obligatory photos of the lakes. As it is a no hiking day we decided to spend some time strolling in town and later parked on the beach front for lunch and nap (Rudy) and people watching (Jamaliah).

Later in the afternoon we drove on to Queenstown (via a winding mountain road, reaching a height of 1000m). We made a short stop at Arrowtown, quiet but full of character and quaint style buildings. We visited the historic site of a gold-era Chinese settlement (explaining the lives of the Chinese diggers during and after the gold rush). 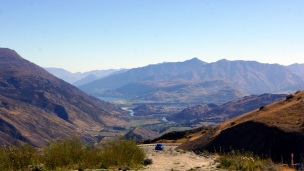 After checking in at the Queenstown campsite, we strolled down to the City and did some walkabout. Have to get use to the busyness of a big city. Had dinner at a food court in a shopping mall. The night was cold once the sun set. Fortunately there were hot showers enough for all the campers guests in the morning. (134 km)

Before leaving the campsite we had Skype contact with the boys back home. Kiki (our dog) was also on screen for a bit but he did not react to our calls. All is going well at the home front so we can travel on without feeling guilty. Jamaliah really did not want to do the jet boat up the river (too cold and possibly wet) so we had an early start up the coast of lake Wakatipu towards the start of the Routeburn trail (70 km). It was another sunny day with fantastic vista’s of the snow cladded mountains in the distance. Rudy had walked the Routeburn track some 25 years ago and wanted to show the beautiful scenery to Jamaliah. We did a lovely 3 hr return walk though the ancient Beech forest along the river. The path was well laid out and at a total climb of 200 m enjoyable. Beside the impressive large trees there were also a view birds to be spotted. Some 20 km before Queenstown we found a nice DOC camping on the lake for the night. At $20 it was much more realistic then the $50 in Queenstown. It was very spacious and enough room for all the cars/campers who still dropped in after us. (137 km) 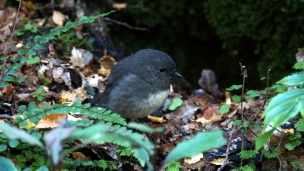 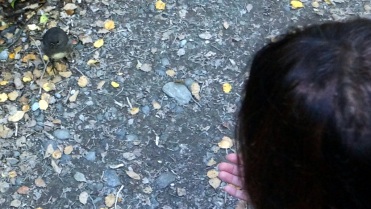 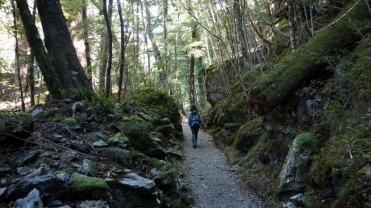 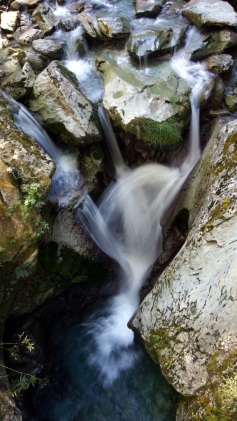 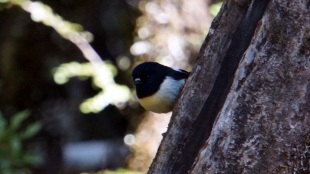 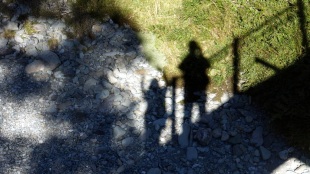 The next morning we drove back to Queenstown and visited to the Queenstown gardens which had some lovely sequoia trees. You can hardly imagine that there were only planted some 150 years ago. The Harvest festival was ongoing with live music and lots of wine and eating stalls.