Some 70 km south on the RN3 we drove to the west for about 40 km to visit an old Welsh colonial town. There was a fast flowing narrow irrigation canal running through the center of the town. In the canal were some wooden water wheels which were more for decoration than that they had a real function. Further there were some old brick buildings and corrugated iron train station left over from the glory days. The town was, with the water stream and trees, a bit different but not really worth the detour. 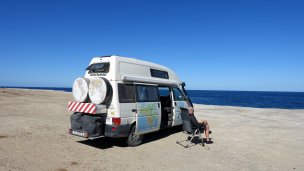 This time a private campspot 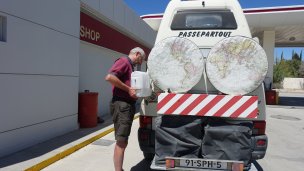 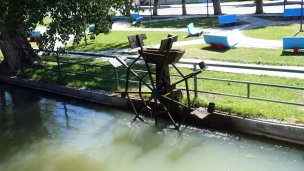 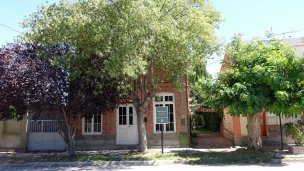 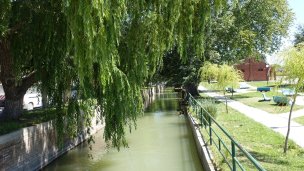 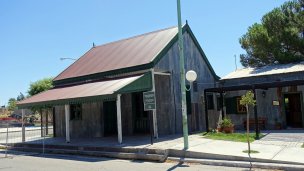 Instead of going to the first coastal park (Punta Tomba) to see the penguins, we drove on to the second one at Cobo Dos Bahias. It was pushing it. In the end the counter stopped at 517 km and it was after 20:00 hrs. We found a lovely camp spot in-between the cliffs on the sea front. After a relaxed morning of Jamaliah having a cold shower (via bottle water) and Rudy shaving, we drove on  the gravel road to the National Park. Fantastic! A long boardwalk was constructed straight through the nesting area of the penguins. You could see the large furry young’s walking around the nests and the parents walking in colon down to the sea to go fish hunting. Armadillos were checking out the sand borrow searching for un-hatched eggs. There were also guanaco’s (type of lama) grazing in-between the bushes. On an island just off the coast you could HEAR the grunting of the male sea lions. It was a fascinating site seeing all these penguins wobbling around and teaming up in groups to wobble down to the sea. 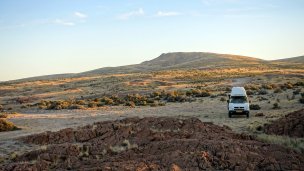 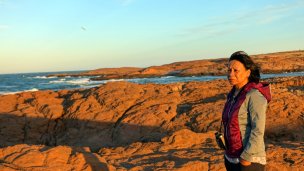 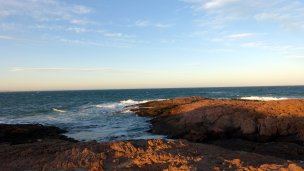 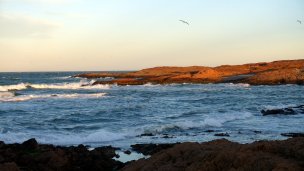 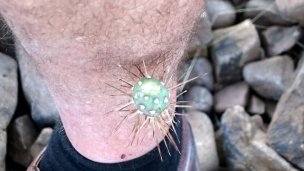 We continued the well maintained gravel road (RN1) for some 120 km till we hit the tarmaced RN3 again. In the oil town Comodoro Rivadavia we finally managed to find a cash machine which would give us some needed pesos at a high cost again of 199A$ (10 euro!). The town felt a bit like the oil towns we had lived in around the world. Lots of banks and shops. Flashy cars and continues expansion of the road network and housing suburbs. There was even a Walmart supermarket which of course we had to visit (we used to go to  Walmart when we lived in New Orleans). Some 30 km outside town we drove again off-road towards the beach. Up till now we have used the bush camps mentioned on the iOverlander app. The travelers report the good sites they have found and share this information with the other travelers. The sites are visible on a map so you can choose one closes to where you want to be. 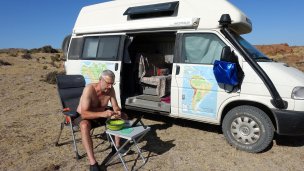 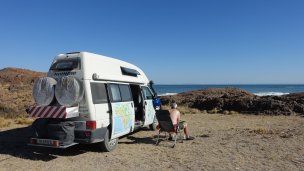 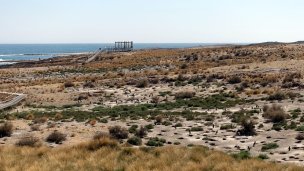 Boardwalk through the penguin colony 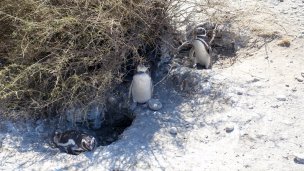 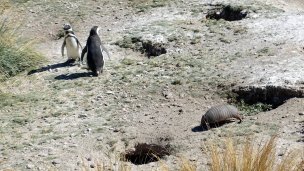 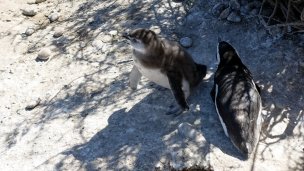 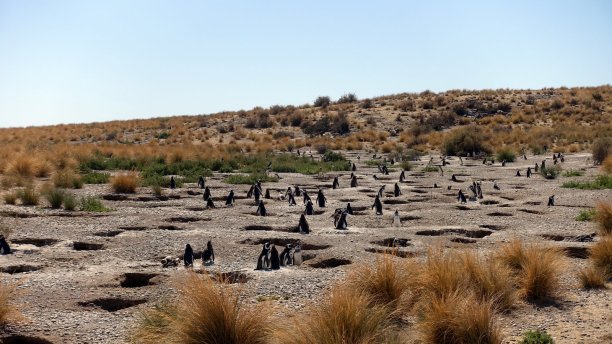 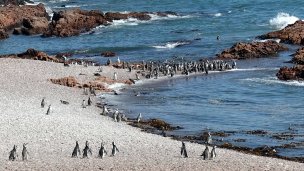 Walking to the sea 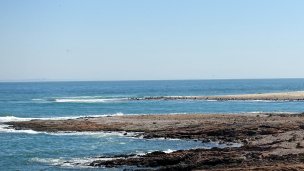 Sealions in the distance 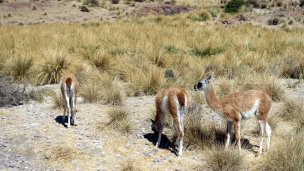 Guanacos grazing among the penguins 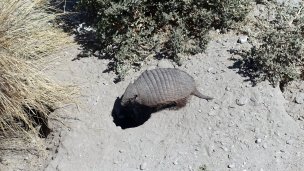 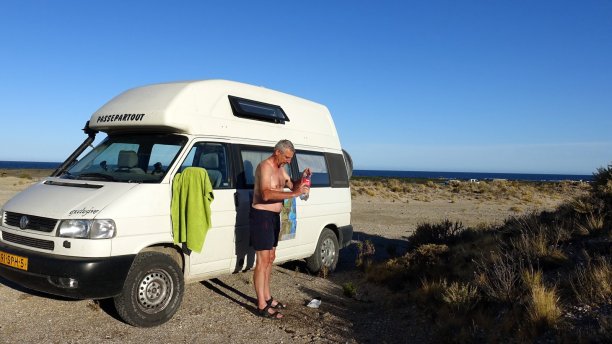