At 51 degrees we are moving further south than we have ever been. The 2-lane road is still fine and well maintained. There is more traffic than we anticipated with more trucks and local holiday makers. Still they do not hamper progress. The steering wheel is mostly at a 10 deg angle to compensate for the ever present wind. Diesel consumption at 10.4 l/100 km, is therefore also higher than normal. The wind at night it does not bother us much. Mostly it lies down but the further south we go the stronger it is. There are more flowers on the side of the road as if spring is not so long ago.

The pictures of the nodding donkey and the oil worker are proof that there is oil in this area (around Caleta Olivia). 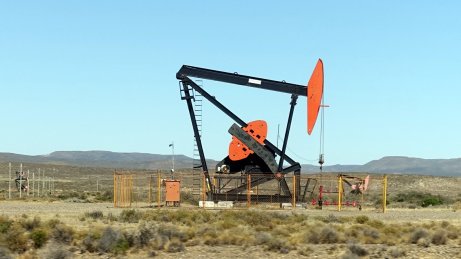 On the route south (RN1) we took a 40 km detour inland to visit a National Monument of Petrified Trees. According to the ranger they are very special because they  have solidified in place and never been transported. Therefore you can also find pinecones of the trees around. The visible remains of a volcano in the distance is however of a much later date. The large tree trunks are scattered all over the place. Indeed a special sight and well worth the detour. 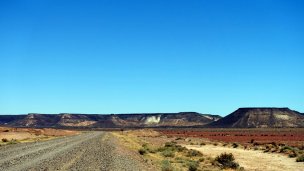 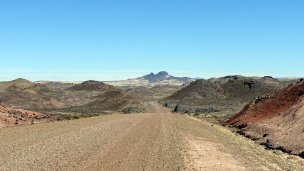 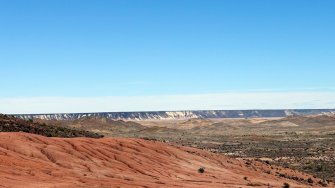 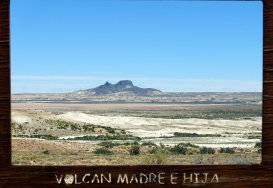 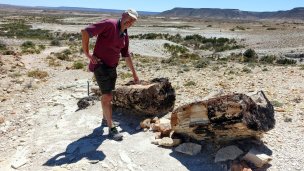 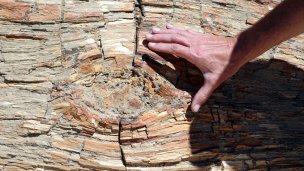 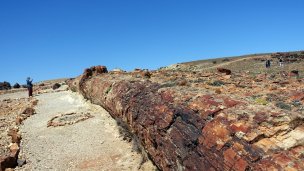 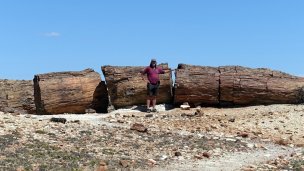 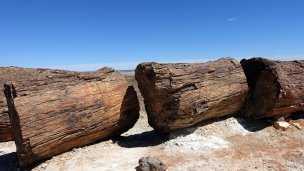 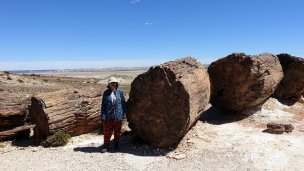 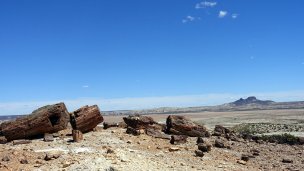 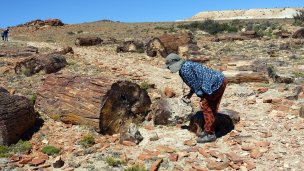 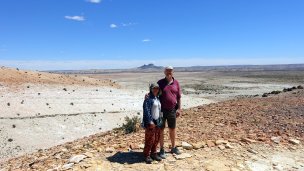 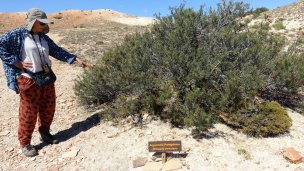 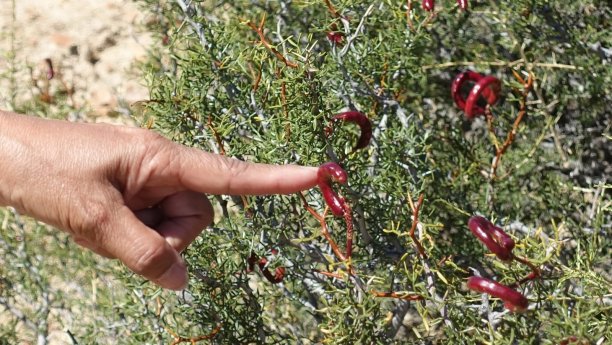 Further down the road we stopped for the night at a YPF petrol station. The internet was slow but we managed to upload reports 7 and 8. Jamaliah however was so spoiled by the beautiful camp spots along the coast that she managed to get Rudy to drive a further 120 km down the road back towards the coast. A small track led to a very special camp spot at the top of the cliff above the ocean. Sea lions were again defending their harem in the distance and a group of Cormorants had settled for the night on the cliff. We called this now Jamaliah’s secret camp spot. However during the night Rudy dreamed that the clifftop we were standing on had collapsed and we sliedded into the ocean. Phew! Only a dream! 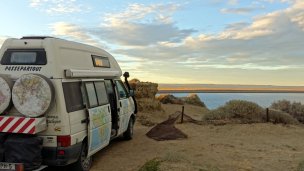 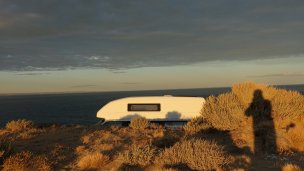 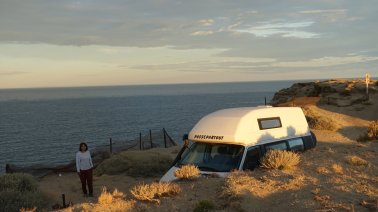 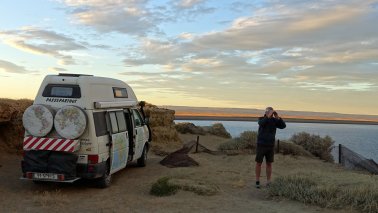 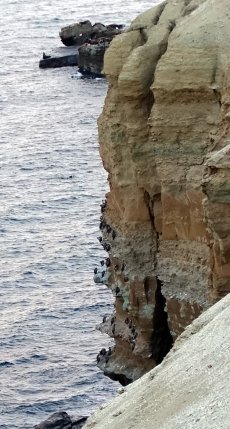 The next morning we hobbled back to RN3 and drove some 374 km to Rio Gallegos, the last large town before crossing the border into Chile. To have a good wash we decided to stay at a campsite (our 3rd official campsite till now). We are the only guests despite that the common room is very big and there is space for more people. We did stop at another site earlier which was more busy because they had huts which the local holiday makers preferred. For a change, instead of sitting in the camper typing this update, we are enjoying the luxury of the big sitting room of the campsite and Jamaliah cooking on a proper old fashion stove with very hot iron plate. The old lady running the camp insisted that we make use of the facility at no extra cost.