The border crossing went smooth. The hitchhikers walked across and we took a bit longer because of the camper import and export. Since we had eaten all the illegal vegetables etc. the car inspection into Chile was brief and we were quickly on our way. Before reaching Punta Arenas we stopped at an abandoned estancia along the road for a rest and a photo shoot. It was in an ideal place and had its own loading dock. There were some rusty ships anchored there. They must have been exporting sheep and wool in the past but now was turned into a ghost town. Pity as there must be a way to make this place viable again. 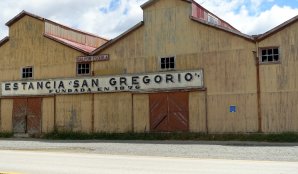 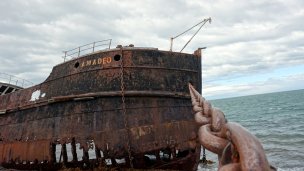 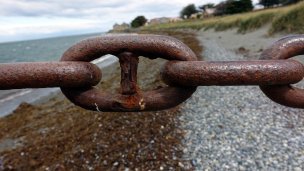 Punta Arenas (1848) is totally different than Ushuaia (1884). First of all it is flat. This allows it to have a nice central plaza with several old historical houses around it. They were built at the end of the last century when wool was an important export product and large ships frequented the city. After the Panama Canal was opened this reduced from 3 per week to 3 per month. The town lost much of its grandeur as a result over the years. It is now picking up due to the tourist trade. The streets are wide, old houses are being restored and some shops are up market. 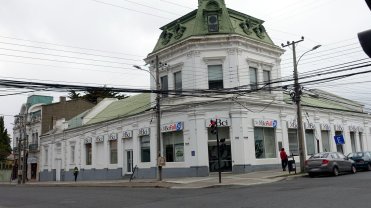 We parked the camper on the central plaza and a nice parking lady looked after it for 3 hours while we hit the town. First business was confirming the cruise and getting a ticket for the bus back from Ushuaia to Punta Arenas. Second was finding a safe parking area for the camper. So we went to the harbor and we were lucky to find a very friendly and helpful local harbor master who, with another officer there, managed to give us permission to park the camper for the duration of the cruise behind the security gate. With that done we drove out of town further south till almost the end of the continent. There was a beautiful old forest there with a meandering river flowing to the sea. We found a spot high up on the river bank. Local people also camped in this area. 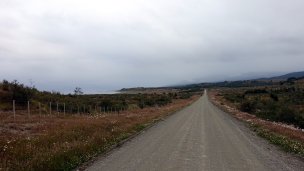 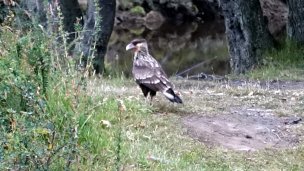 The next day we did the final splitting up of the luggage and drove back to the harbor and left Passepartout safely behind. With a small bag we checked into the cruise ship at 13:00 hrs. Since the ship departed at 18:00 hrs we had several hours to kill in Punta Arenas. The main attraction is the Cementario Municipal. Like in B.A. this is a large enclosed area full of large tombs for the rich families. However there were also large tombs for Italians, and other groups. They must be a sort of group burial place for its members. You probably become a member and pay during your life for the privilege of this impressive burial spot. The cemetery also had large sections for the less privileged so there was more balance than in B.A.

The cabin we had on the boat was good with its own bathroom. It was bigger than our hotel room in B.A. We had a large window through which we could see the mountains and glaciers floating by.

Breakfast, Lunch and Dinner were served in the first floor dining room. You were assigned a fixed table. We shared it with an Australian couple, who were traveling for some 2 month through South and North America using rental cars. We got on quite well and were mostly the last to leave the dining room. They had traveled through Europe in the 80ties in a VW bus like so many in that faze of live before setting of to sail around the world in a sailing boat.

Each day there were excursions with zodiacs to sites along the way. In the evening there were  informative lectures and films.

The first stop was Ainsworth Bay. Here we walked along a stream through the sub-polar forest and enjoyed unfamiliar plants and trees while walking past a large beaver dam (considered an imported pest) towards a waterfall. It was raining lightly but fortunately not cold. 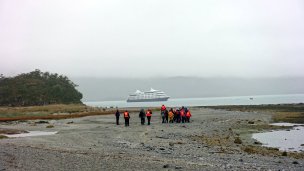 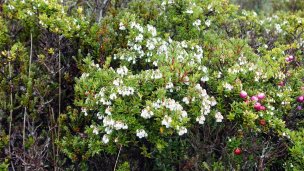 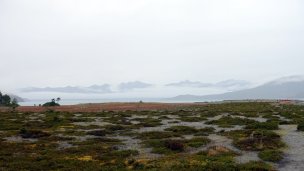 The second excursion was towards a colony of Magellan penguins and king cormorants. Here we observed them from the zodiac boat. 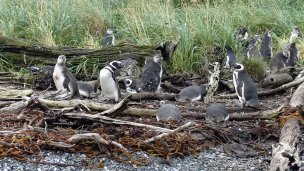 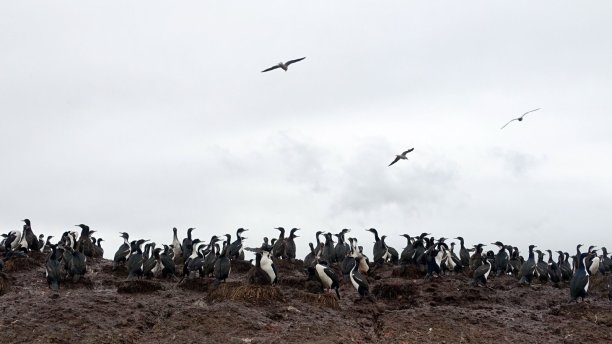 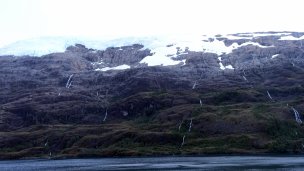 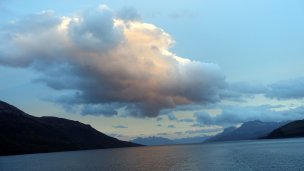 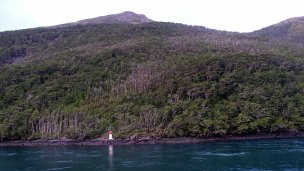 The following day we sailed up into the Pia Fjord and spent several hours walking up the rock slopes and observing large blocks of ice falling off the glacier front into the water. When you hear the sound of the icefall you were mostly too late for a picture. The weather was great, sunny around 16 degrees. 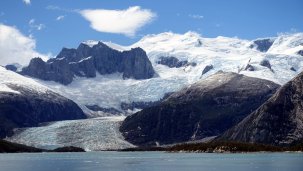 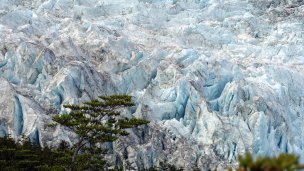 Along the way up the Beagle Channel we went through Glacier Alley. Here several large glaciers slide of the Darwin Mountain Range into the channel. Several are named after European countries like Holland, Italy, Germany, France and Romania. When passing one of them music of that country was played and a typical snack was served like sausage and sauerkraut for Germany, France cheese, italian pizza and of course oliebollen for Holland.

During the night the boat sailed through the fjords south to Kaap Hoorn( 55.59 deg south). At 7 in the morning, before breakfast, we boarded the zodiacs and made it to the Cape. We were extremely lucky because the sea was calm and there was not too much wind and sunny. (20% of the time the rubber boats cannot land).  There we stood at the end of the world on a cape which had cost so many lives to sail around, nothing between us and Antarctica The islands were covered in grass and had no trees. There was a lighthouse and a caretakers family house. 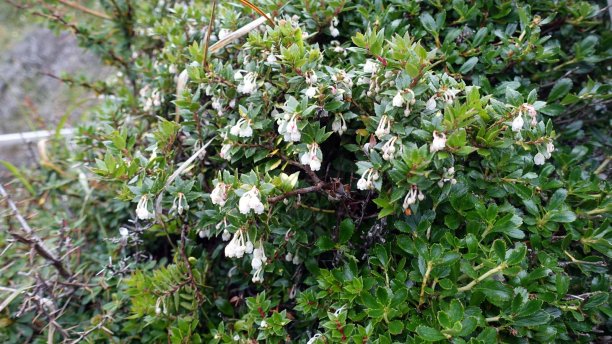 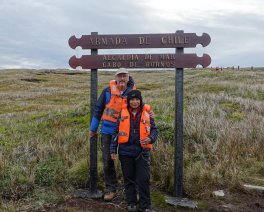 The last stop of the cruise was the historic Wulaia bay. Originally the site of the regions largest Yamana aboriginal settlement. After immigrants pushed out or diseases decimated these local fisherman the area became a military post and later a sheep farm. Both have disappeared and the area is recovering with new trees starting to cover the hills again. 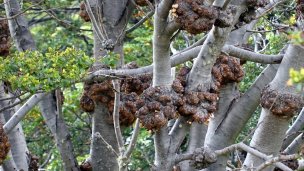 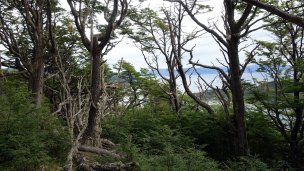 The ship sailed through the evening and before we went to sleep it had anchored in Ushuaia.

This was an extremely luxury cruise for us. Three times a day a delicious meal, free bar and nice people to talk to. The scenery was spectacular and after hearing stories of trips to Antarctica with often sightings of whales and orca’s we definitely want to come back here.