The night was not as cold as expected. The temperature dropped to around 5 deg C. To leave the salt lake we again had to cross through a water section. Again we tailed somebody who seemed to know what he was doing. 4 cars came from the other side so it was a struggle to all fit on the apparent underwater ridge. Fortunately the motor kept on turning and we got safely through the water.

In Uyuni we directly went to the car wash. As you can imagine with numerous cars driving on the salt lake there will be many cleaning stations. The high pressure hose blasted off the crusted salt on the outside and underneath the car. They also used it on the motor (lower pressure) what made me a bit nervous. A second round with soap was made. Passepartout has not shine so much for a long time. 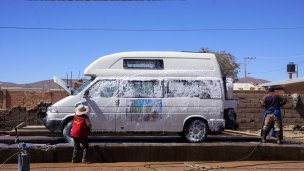 After the carwash I discovered that the same bolt on the tire rack which was fixed in Sucre was lose again. In fact the hole rack was now hanging on only 3 bolts. This was not safe to drive. We found a mechanic which could repair it by taping a new thread into the old nut which is molded into the glass fiber back of the car. Hopefully this will now hold for the rest of the trip.

We had already decided, given the cars condition, not to do the demanding (=bad roads) Laguna tour to Chili (San Pedro de Atacama) but take the normal (still partly bumpy) road to a more Northerly crossing point into Chile: Ollague. This went without problems. We left Uyuni around 17:00 hrs and drove some 100 km and camped just off the road. The next day we crossed the border. The road in Chile was all tarmac. A heavenly change. The scenery was beautiful with large pastel colored volcano’s and some salt flats/lakes with flamingo’s. One of the sights we had not seen while in this area before were the geysers at El Tatio which is high up in the mountains (4300 m) on the border with Bolivia. We reached it after closing time but were allowed to camp at the ranger station. This night was colder (-6 deg C) but still manageable without the diesel heater. The unanswered question is if it would have worked at this altitude anyway. 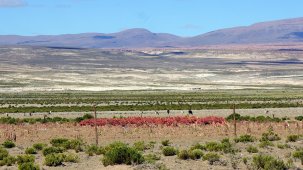 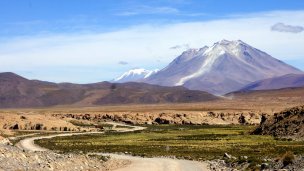 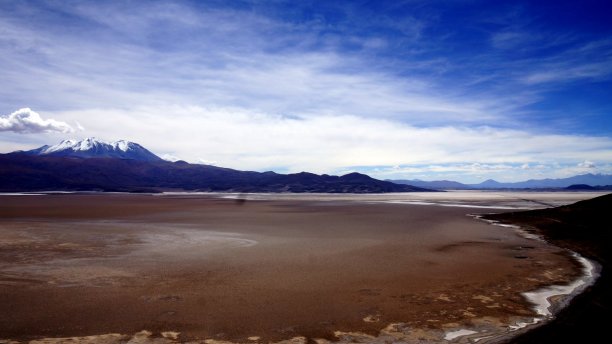 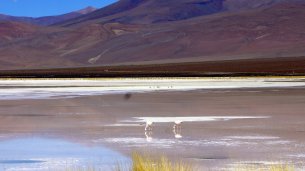 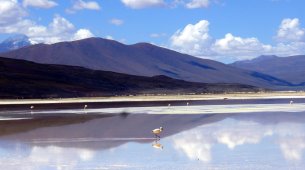 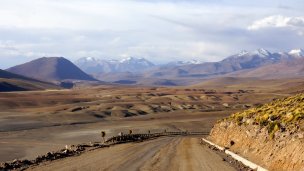 The geyser park opens at 5:45 and at that time the first cars start arriving. You have to see the geysers and fumaroles at sunrise. If the sun is higher the steam evaporates and is not impressive anymore. Because Rudy could not sleep anyway he got up when the first cars arrived  and prepared the car for driving so Jamaliah could stay in bed. Not totally unexpected the car could not start. Too cold, not enough air?. Fortunately Rudy and also Jamaliah could drive with one of the rangers down to the geysers. More and more cars, vans an busses arrived in the dark all waiting for the magical sunrise. This was not impressive because it rises behind a mountain so no coulors only light. The water clouds became more and more visible out of the dark. In my view you might as well come when the sun is up but still behind the mountain (between 8:00 and 9:00). We wondered all over the valley. The sight was OK but I guess we were spoiled by all the geysers etc in New Zealand. 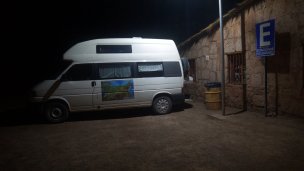 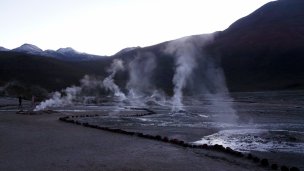 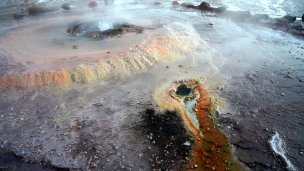 We were planning to drive back down when most people had left the hot thermal pool. However when we tried the car still would not start. It did not get any diesel. Still cold? We waited another hour for the sun to heat up the car (and the diesel), removed the air filters and tried again. No change. A local agreed that the problem was the diesel supply. Maybe a filter block? He fiddled with some air pressure hoses under the dashboard and low and behold the car started again! We drove on a reasonable road to San Pedro de Atacam, which at 2300 m, was a lot warmer then we were use to. There we squeezed trough the narrow sandy streets and parked on the inside court of a Hostel. Jamaliah spotted something hanging underneath the camper. It was the rear right shock absorber which again had stripped out of its mounting. We inmediatly drove back through the dusty streets and found a mechanic who could help us. This time he only screwed in a fitting bolt into the remaining thread without even taking the shock absorber out. I am not sure how long this will hold. In fact you can easily compress the shock absorber so it does not do much anyway. As a result we will try to avoid any sandy washboard roads from here to Cordoba (1500 km, without detours). 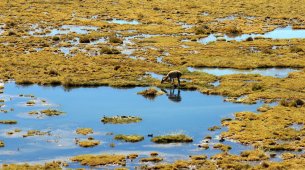 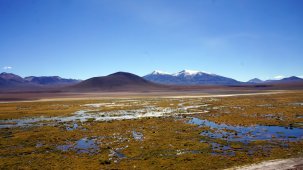 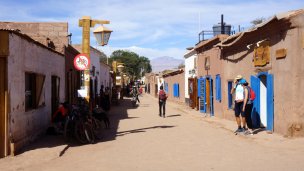 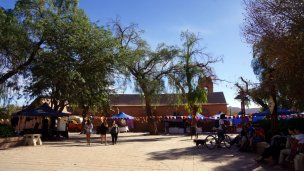 San Pedro de Atacama is a small dusty town just off the 4000 m plateau. It is the starting and end point of many tours up into Bolivia via the Laguna route to Uyuni. For that reason it is a tourist hub with lots of Hotels/Hostels and only 2 campsites (on hostel courtyards). The streets are full with primarily young (<30) adventures travelers with here and there some older (55+) ones. Everywhere are bars and small shops trying to take advantage of the tourists. In my travels in the 70ties and 80ties I have not seen such concentrations of travelers in any city I visited. There must be a lot more people traveling nowadays and also South America seems to now be a hot spot.