We left an hour later than plan. It was a long drive (682km) and by 20:00 it was getting too dark to drive on so we looked for a place in one of the many beach towns along the route. The drive was pleasant. The first bit was on the high plateau going south over a 4 lane road. When we got to the Taurus Mountain the road reduced to a 2 lane and progress was slow with all the trucks on the winding road. Again the map was ahead of time because the indicated highway was still being built. The first stretch along the coast was however on a highway passing beach hotels. Later it became a lovely 2 lane road winding up and down the mountain slopes. This nice road did slow us down so we had to stop some 80 km short of Antalya. Before that however in Alanya Rudy got stopped by a person waving a police identity card for driving though a red light. (Other people who did this are never stop by anybody). Since it was not a police or any official looking car, we did not stop at first when he asked us to do so. After having searched all our money bags (several times) and asking if we did not have any cents?? ($100 bills?) and warning us repeatedly not to drive through red light again, we were then allowed to continue. This took almost half an hour. It was all a bit confusing and the behavior inconsistent for a policeman. The 3 star hotel we found in Side is in the middle of a tourist stretch of beach. After diner JJ and Rudy walked along the beach which was full of restaurants and bars. People were roaming all over the place. It takes a bit of getting use to again to be in a crowded, noisy, European holiday area. Not sure right now if we stay another day or drive on up into the mountains. I suspect it will be busy from here on till Bulgaria. 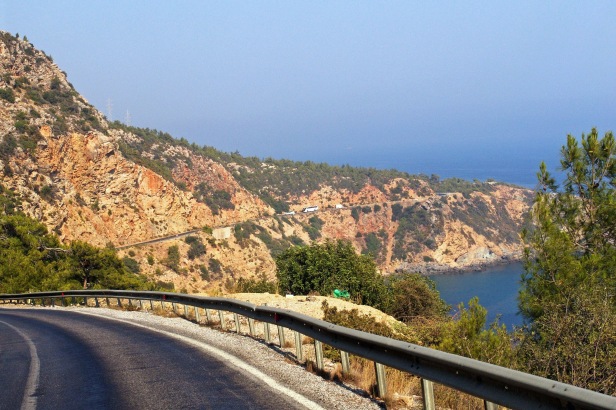 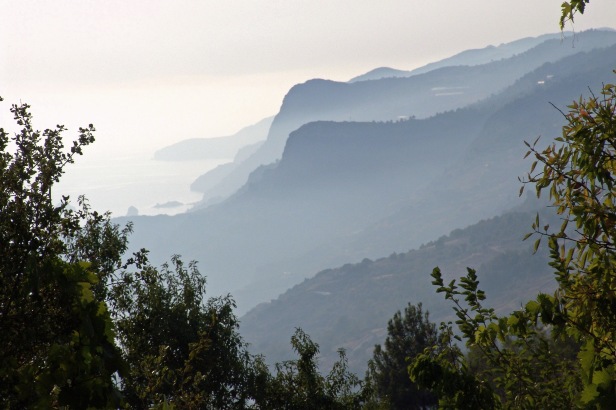