The sun was shining most of the day. In the morning we made good progress over the wide open hills between Penza and Saratov. We also saw the first herds of cows and sheep. We were heading for our meeting point with the rest of the group. Only late in the afternoon, when were already at the planned meeting point, did we get the coordinates of the new one. The first point was too boggy and most likely the campers would get stuck. We drove on a further 70 km over a worn out road through large agricultural fields. On one they had left last years crop of sunflowers standing. 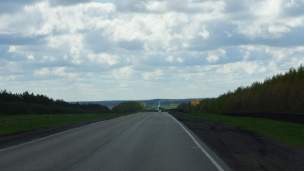 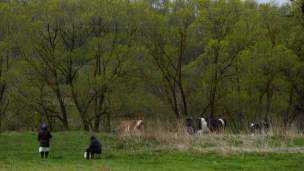 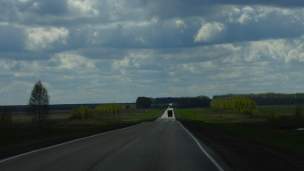 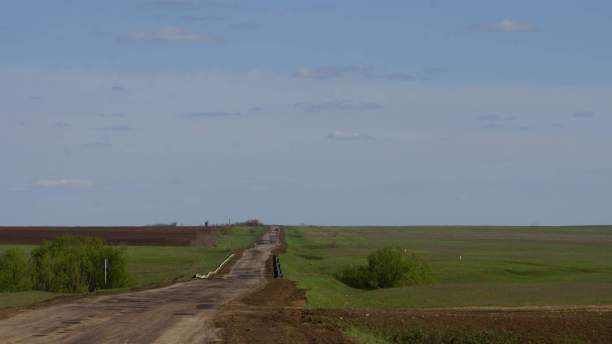 After some searching we found the 2 campers parked next to the railway track (one less than expected). We wondered into town and found our first mosque close to the church. The streets were worn out and in between the new buildings were a lot of rundown houses. Pipeline were running above the treet bringing gas and hot water to the houses. We are in an oil producing area as we saw several small gathering stations close to the railway tracks. In the evening we had our first group get together to plan the next day ie leave at 7:30, fill up water and regroup at the boarder. 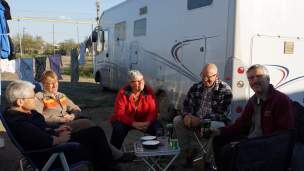 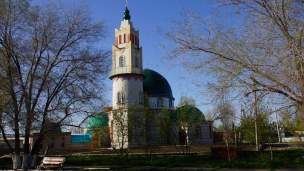