Its raining today. We set off early (7AM) to be in time for the weekly Sunday cattle market. We had 2 waypoints but still could not find the market on our first attempt. The first waypoint however was just some 200m off. Since it had rained the area was very muddy and the animal shit did not make it better. JJ and Rudy only saw the sheep area but there was also a horse and cattle section. Since it started drizzling again we did not try further to find it though we did go to the second car market. 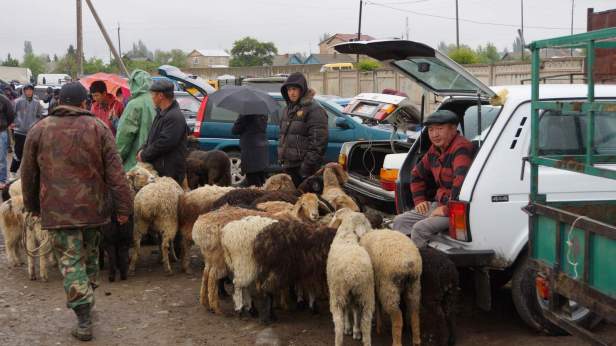 In town there was a lovely mosque in the shape of a Mongolian temple. Refreshing for a change. Also the wooden cathedral was nice. A pinkster service was ongoing and we stayed for a while. Finally we could see what was happening behind the front facade. The people were all standing and the ground was covered with fresh grass. 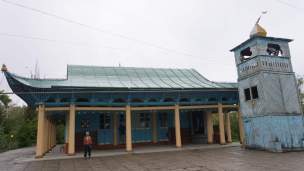 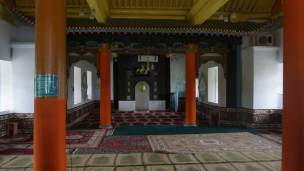 Not much else was to see in Karakol so we drove on and the first stop was the nice Przewalski museum (yes his name was given to the small Mongolian horse). This was a 19th century Russian explorer who made expeditions through China and Tibet. He died (49y) on the lakeshore of Ysyk Kol due to typhus. 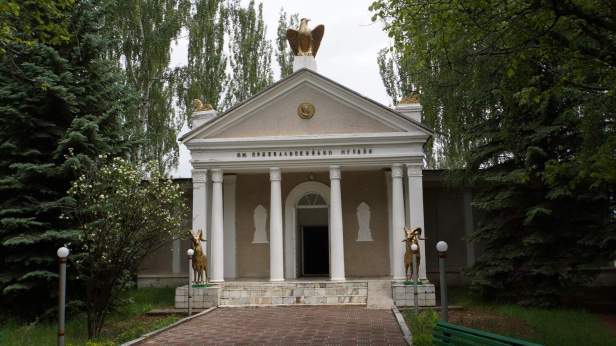 The rest of the drive around the lake to the tourist resort Cholpan-Ata was over a good road and relaxing. Of course the usual police stop for speeding was there with similar results. Along the way we experienced a heavy rain storm which fortunately stopped in time for us to see the pre-historical petroglyphs of animals on the river boulders near the town. 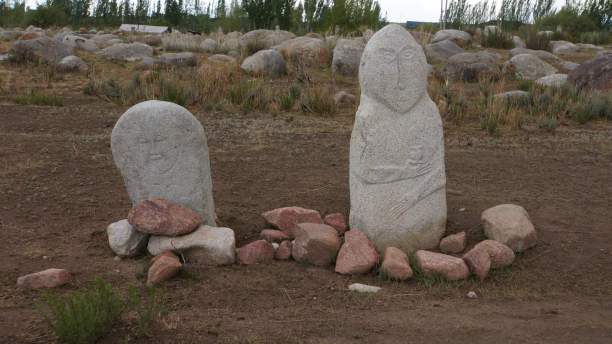 The evening was spent on the beach front with views of the mountains around the lake. The tourist have not hit the town yet. They come in July/August. The build-up for the season is ongoing. However also here are several unfinished large hotel/resorts.