Some 80 km further up the road we visited the ice cave in Kungur. Jamaliah did not go in since she is a bit claustrophobic. It was a 1:40 hr tour, which I think could have been shortened. Since the rock is Gypsum/Anhydrite (which does not dissolve in water very well) there were not the usual stalactites and stalagmites. The ones you did see where in the beginning of the cave formed by water (deeper down the temperature was just above 0 deg). In the spring the cave has a lot more ice pickels. The caverns we went through had collapse ceilings, which then formed some nice shapes. In several places there were crystal clear lakes and there was also a laser show. 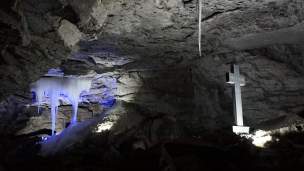 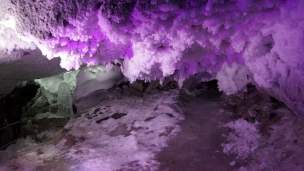 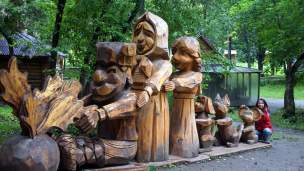 We continued the road north through the Ural mountains (highest point we went over was only some 450 m) to the last used Gulag labour camp Perm 36. (Perm 35 and 34 are still used as prison camp for criminals). Perm 36 was in use from 1949 till 1988. In the early stages it was more a prison camp for criminals but after Stalin’s death in 1953 more political prisoners were sent there. In the beginning they were Stalin’s cronies but later more politically engaged intellectuals. It is interesting to note that in Lonely Planet the camp is described much more negatively than what our young guide was telling us. He even suggested that the prisoners, who got food and shelter, were possibly better off than the farmers living around the camp. 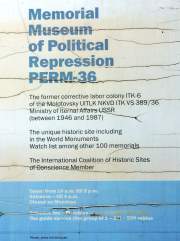 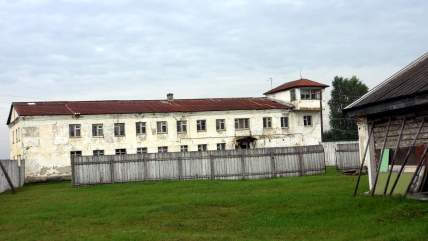 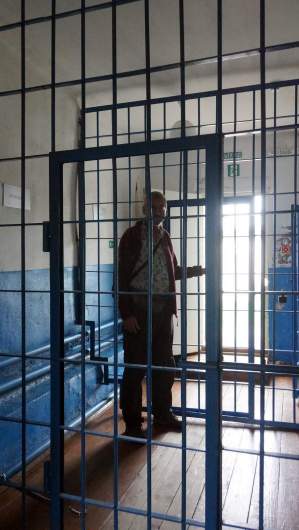 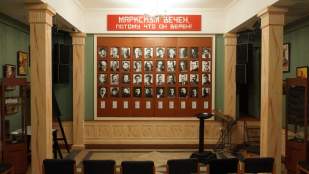 In the late afternoon we drove through Perm (city) to do our shopping and get some money. Outside town we saw a road turning back towards the river and managed to find a road in-between the villa’s under construction down to the river side. Like most rivers in Russia this one was also wide (300+ m). 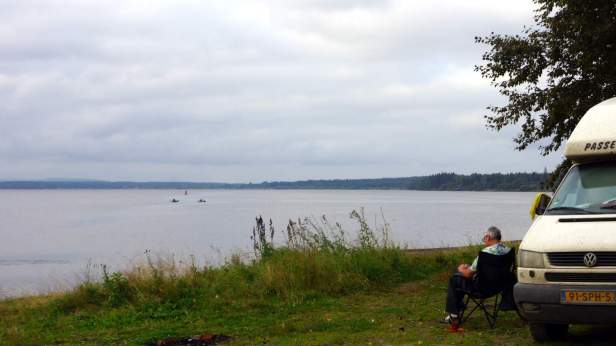