In the evening we strolled to the sea. Lots of people, young and old, were having kite surfing lessons. First on land controlling the kite and then later in the sea/ocean. Only after that you got the board and could give it a try. It looks easier (by the experienced people) than it actually is. After the first night we moved the camper up the hill to the highest terrace. From there we could see the ocean. The sunset was just behind a cliff. Rudy had tripped over a slope in Cadiz and twisted his ankle. He was therefore happy not to have to move too much. It took him some 5 hours to sort out the mess on the blog. Lots of photo’s had not come through. 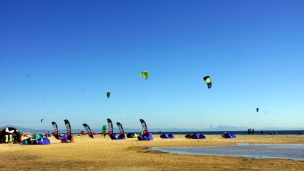 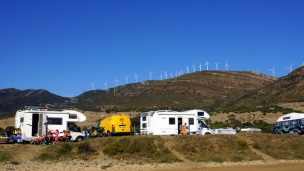 After 2 nights we drove a bit further down to Tarifa itself. Lot of ferries and fast passenger boats are in the harbor to bringing people across to Morocco which is just some 14 km across. No wonder that there is a stronghold at this place. First by the Phoenicians/Greeks/Romans. Then the Muslims came over in 710 to concur/convert most of Spain. It was only recaptured in 1294. The town has some winding roads and lots of tourist boutiques. In one place there is a nice looking souk (meat/fish/vegetable market). We had a snack and a cola and drove on to Gibraltar, some 70 km further down the coast. 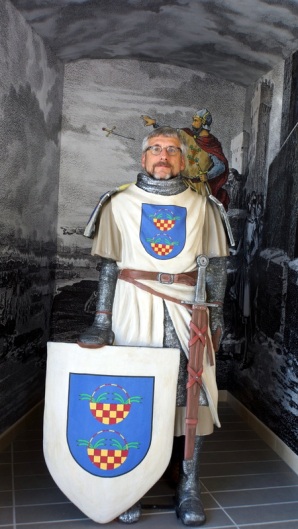 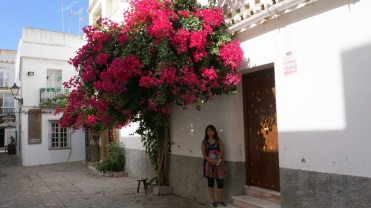 Just before the border off Gibraltar, we parked the camper at a large parking lot in front of the custom office. A quick passport check got us into the UK where we bordered a city bus to the town center some 3 km further down the road crossing the airport runway. The center is behind a defense wall (casemate). On the sea side of Gibraltar, a large area of land has been reclaimed where most of the modern buildings are. We walked through the main street to the cable car going up the mountain. There Jamaliah was confronted by an aggressive monkey, which in fact was a mother with child. The panoramic view from the top is fantastic. You could see the winding streets going down and imagine how James Bond raced down (movie title). The evening was spent on a parking lot some 20 km inland. Unfortunately the area was used by the youth (Friday night) so we had a noisy night. 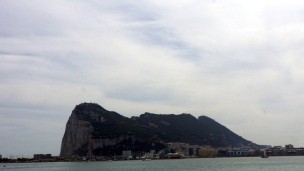 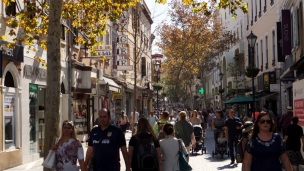