We took our time to pack up and leave. Following again the non toll roads we crossed the border in to France and drove along the A75 through the middle of the country towards Paris. After 430 km it was time to find a camping spot. Jamaliah found one some 8 km off the highway near an old village. What a surprise! In the evening we had a fantastic sunset and the local windmill stood out against the sky. 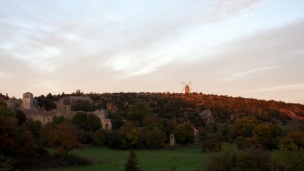 The next morning we realized that the village of La Couvertoide is one of the few Knights Templar fortified villages founded in the 12th century as protection for travelers on the pilgrim/crusade route through Southern France. The city wall is intact and the streets look straight out of the middle ages. It is now occupied by craftsmen selling articles to the tourists. 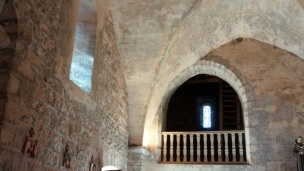 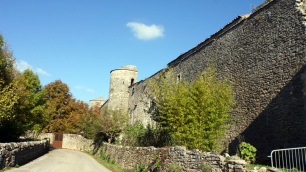 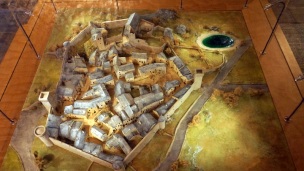 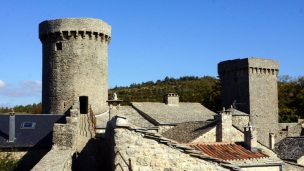 After the town visit we drove on along the A75 and made a stop at the Gorge du Tarn to admire the new bridge in the distance and the beautiful colors of the trees in the gorge.

We followed the road further up past Clermont-Ferrand at which point Rudy was feeling dizzy and getting tingling in his left arm. Jamaliah took over driving the camper and later found an off-road reststop. When Rudy started throwing up we decided to visit the nearby hospital in Riom.

The check-up showed fortunately that there was nothing wrong. Jamaliah opinion is that Rudy ate too much chocolate while driving (it was not even 1 bar).

To speed up the return trip (so we could be closer to home if something else happen with Rudy’s health) we decided to take the toll roads. Progress was quick with 612 km till Lille on the border with Belgium and then 504 km via The Hague for a family visit and a roadside restaurant in Spier to Assen.